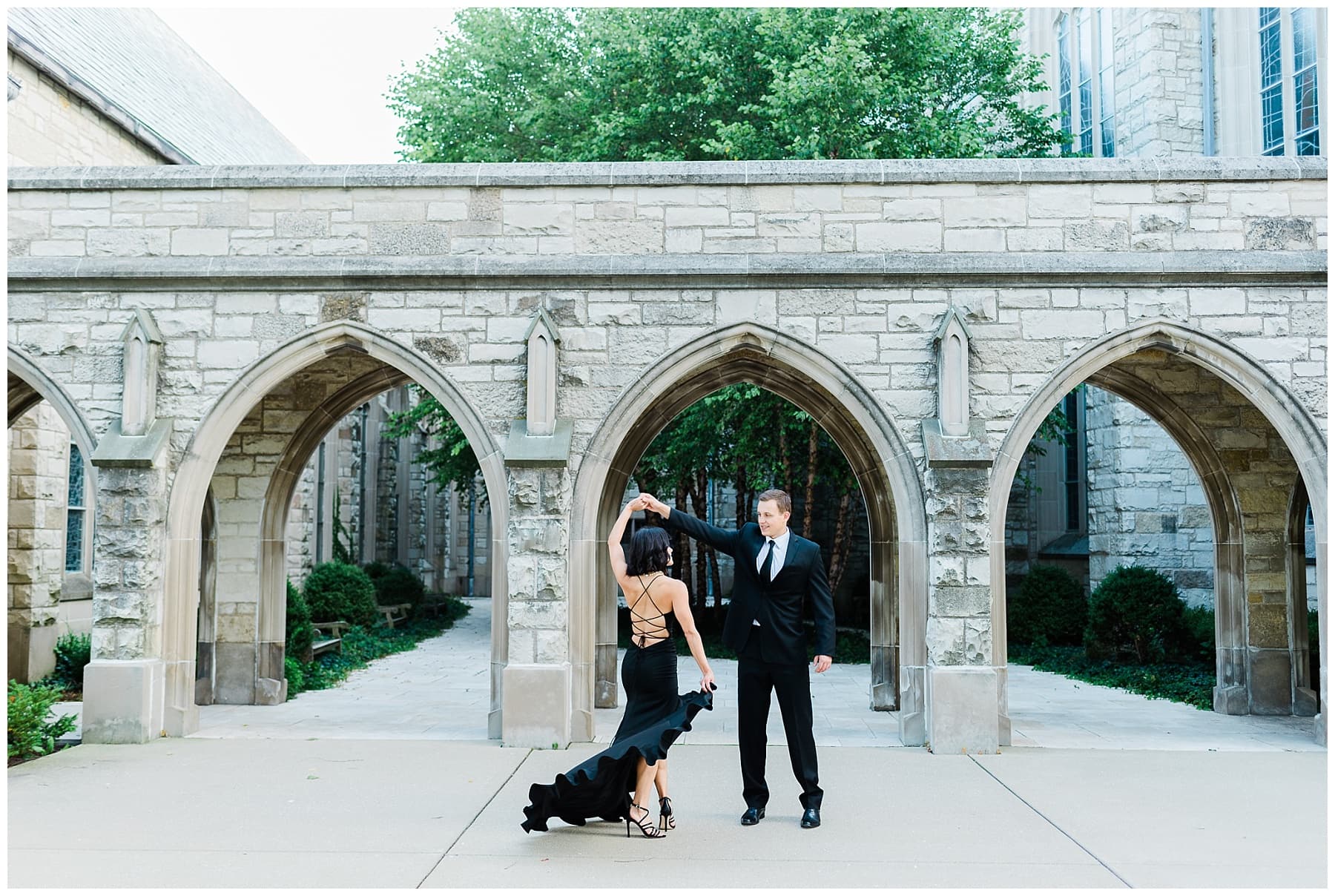 As seen in Tacari Weddings

Elizabeth and Matt met in college while they were both volunteering for a health education student organization. They discovered that they were in the same major and would graduate at the same time. Not only that, they learned that Matt would even be the teacher’s aide for one of Elizabeth’s classes the following semester! engagement northwestern university

From the start, the pair had great chemistry! They felt so safe to be genuinely themselves around each other, and they always had the other’s back — no matter what! As Elizabeth puts it, trust and a great friendship slowly turned into a romantic relationship. Matt guided Elizabeth to two of the most important decisions of her life: pursuing dentistry and the Catholic faith. engagement northwestern university

After graduation, Elizabeth made plans to move to Chicago to pursue DMD/PhD degrees in dentistry, and while they both hoped that Matt would be accepted to a medical school in Chicago, fate had other plans, calling him to continue his studies in St. Louis. They stayed together despite the distance, and while a significant sacrifice, the long-distance relationship brought Elizabeth and Matt many joys, too.

After four years of keeping up a long-distance relationship, Elizabeth and Matt knew they were meant for each other. Elizabeth was just waiting for Matt to pop the question! Little did she know, Matt chose to ask her to be his wife on the day of his medical school graduation. Everyone told her that he wouldn’t do it on a day like his graduation, so she was completely clueless!

After Matt’s graduation ceremony, they went to a winery to celebrate Matt’s degree, and Elizabeth’s mother and grandmother even made it in from out of town. While Elizabeth was talking with her mother, Matt snuck away, grabbed a microphone from the live band, and asked Elizabeth to join him one stage, where he proposed to her in front of the whole party. Elizabeth was in shock–she had never expected him to do it in front of so many people, but as she says, “It was one of the best days ever.”

When Elizabeth first contacted me about doing an engagement session, she had a very specific vision in mind: She loved the aesthetics of black-and-white Ralph Lauren ads and wanted to bring that feeling to images of her and Matt, but she was concerned that they didn’t have the modeling experience necessary to pull it off. engagement northwestern university

But that wasn’t a problem for these two! After sharing a few cues and prompts with them, there was enough chemistry between Elizabeth and Matt that all I had to do was step back and look for beautiful images (of which there were plenty, by the way). They even brought a bottle of Veuve Clicquot champagne to their session — a fun and tasty prop, if I do say so myself!

We crafted Elizabeth and Matt’s engagement session around two stunning dresses for her, a statement suit for him, and the classic architecture of Northwestern University’s Alice Millar Chapel and library. engagement northwestern university

How did we do? Do you think they could be models for Ralph Lauren’s next fashion campaign? I think so. engagement northwestern university

What are you most excited about for your wedding?

We’re most excited about pledging our love for each other in front of God and our closest family and friends.

Your love story is made into a movie…What is the title?

We both really value our faith. We believe everything else falls into place when you put faith at the center of your relationship. engagement northwestern university

Recently engaged and searching for a Chicago Wedding Photographer?