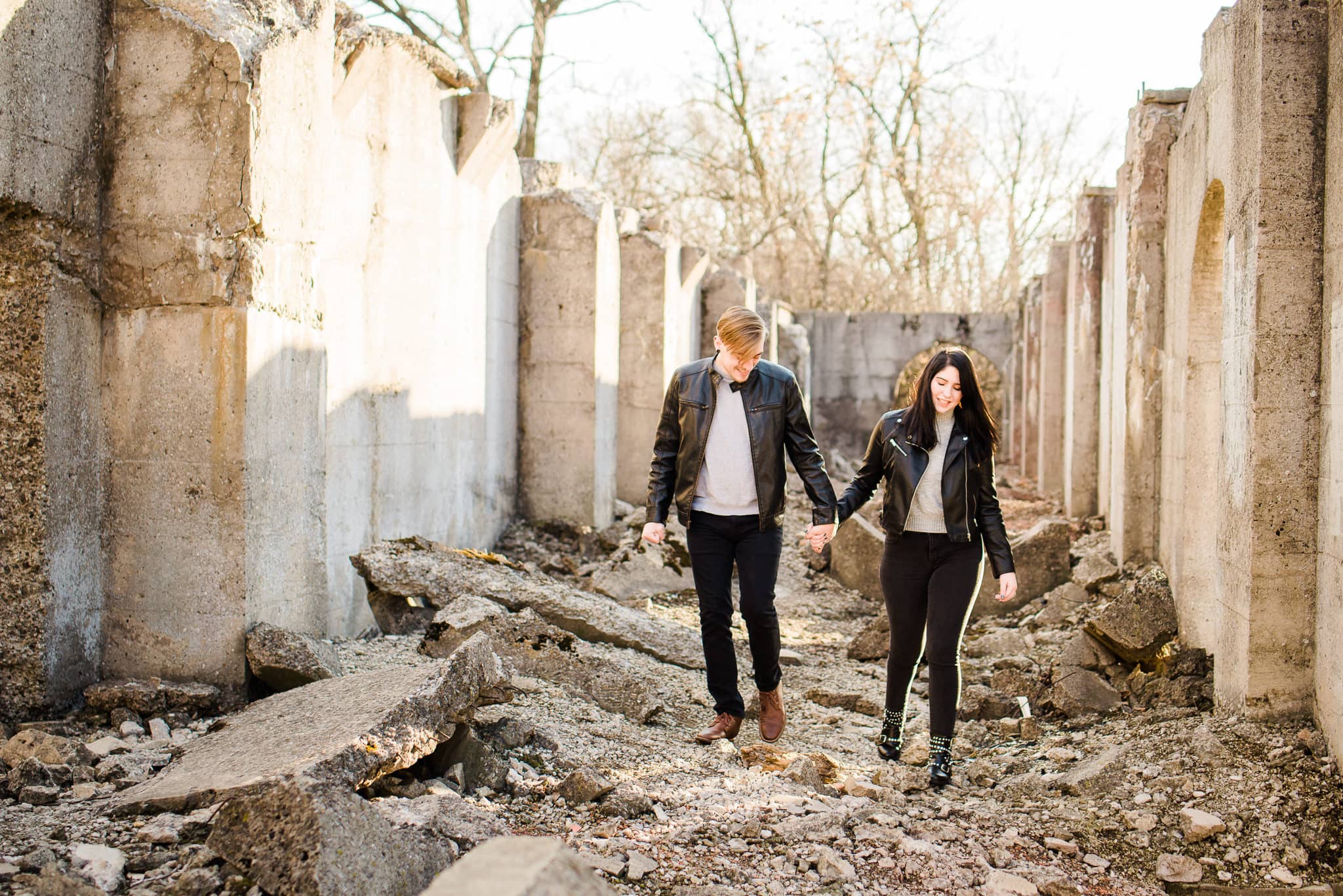 Kirsten and Jon are highschool sweethearts. They first met when she was fifteen and he was sixteen. Jon enjoyed theater, and frequently performed as a member of the shadowcast for a local production of The Rocky Horror Picture Show. Kirst joined the cast a year later, commenting that she had a huge crush on Jon — right from the start.

They didn’t become friends until almost a year later, but quickly fell in love. After graduation, they got their first apartment together and began building a life as a couple and family, adopting a cat and two snakes.

After Kirsten helped him select a gorgeous sapphire and diamond engagement ring, Jon popped the big question on New Year’s Day 2019. Since then, they’ve been busy working, going to school, and most importantly, planning for the moment when they both say, “I do!” joliet ironworks engagement session

When I first sat down with Kirsten on Jon for our initial Zoom discovery call, they let me know they were planning a Halloween wedding for October 2021, and they wanted their engagement session to relate to their spookier, darker wedding theme, while still creating beautiful and authentic engagement photos that told part of their story. They both love dark colors and leather, so we opted for a matching set of leather jackets for their wardrobe, and paired that with the iconic background of the Joliet Ironworks Historic Site.

Before it became a park and public historic attraction, the Joliet Ironworks Historic Site was the location of an iron manufacturing facility from the late 1800s through the early 1900s. The remnants of the dismantled factory and blast furnace foundations created striking and unique vignettes for Kirsten and Jon’s Joliet Ironworks engagement session.